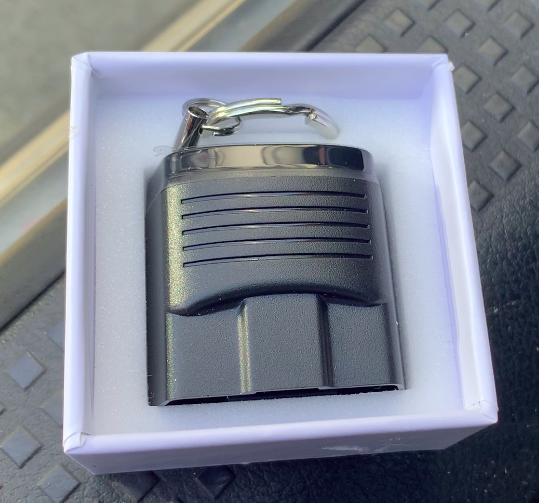 I’ve been since I’ve owned Audis for many years now, I’ve also been using Apple IOS and MacOS on all my laptops.  I just want to get away from Microsoft OS and use wireless for my OBDII instead of dependent totally on VCDS and Windows laptops.  I stumbled on OBDEleven for Audis on Android OS and I bought one since it’s only $47 shipped. The software is free but if I want to do more like coding, I need to buy PRO software which cost another $31 which total less than $80 and it’s totally WIRELESS.

The OBDEleven came in less than 2 weeks and I downloaded the software on my FireHD 8 and it works right away. I need to register before I could connect to the device. Now, for my car Audi A8L D3, when it pushed in, there’s no room to grab and pull it out, I had to use a right angle pin to pull it out, no wonder they sold one with an easy pull out for extra few bucks. Get that one instead.

With the free software, it already can scan your whole car modules and let you to erase them all and fast. It will tell you what problems and codes you have on your car which is the same as VCDS but it categorizes everything module with pictures.

To use the extra functions, you can use credits for accessing them, every day, you can watch the advertisements for a few seconds and get 5 credits max per day. Each extra function would need 5 credits to access.

One click app is great but you still have to buy or get credits to use even if you buy the PRO version.

For the Audi A8L D3 specifically, there are a few codes that have apps to work. Each coding requires 10 credits or we can use the Pro version to do the detailed coding.

If you want the Pro version, it’s better to buy it as a bundled product, it’s cheaper.