Finally, I got an Android tablet for me and my family to try out and enjoy (hopefully). I’ve been reading (specs) and watching prices of these Android tablets for almost a year now. I was excited about the Xoom but after my friend got one and return the next day because it wasn’t user friendly and unfinished (consumer point of view), I didn’t want to get anything any more. So every Android tablet out there is trying to be as close as an iPad and some even try to be the same like Samsung 10.1 which doesn’t give any input/output ports like iPad, now that’s totally a “don’t buy me or buy me then return…” move just like the Xoom (I really had high hopes for both of these Xoom and Galaxy because of their specs and they really disappointed me). These Android marketing people sometimes don’t understand that Steve Jobs changed the world by inventing great new ready to use, HIP devices. Android products can’t be as HIP as Apple’s (ask your children if they rather have ipods or other mp3 devices, iphones or Android phones, and the answer will be obvious, because even in schools – Apple dominates). To me iPad is not the best device, you can’t do much with it, but it’s nice and easy to use and the people who buy iPads and Apple don’t care, because they’re HIP, Android people are not HIP (no offense, IMO, just a simple black turtle neck and jeans make a person HIP already?), be realistic… I’m a little off based 😎 hehehe. Alright, what do I want to use a tablet for since I’m not a HIP person?

***2011-11-14 The 16GB SD card popped out and got lost when my son was using it, now I realize the SD card should be flush with the slot and NOT extrude above the slot at all… Toshiba should re-design the SD card slot***

***Thrive has “file manager” which other tablets don’t, I can find my stuff easily***

–Surf the internet (that’s a must for any tablet even iPads). Thrive does that in “N” mode wireless from down stairs with router upstairs.

–Play kids games (for my children). Thrive does that and Android market has tons of “Free” games that my children like.

–Gps for navigation around unfamiliar towns or areas. Thrive has that and works with after market software well.

–Read books for my children. Thrive does that with all reading apps out there: kindle, google, nook.

–Acting like a phone when wifi is connected. Thrive does have Skype, although video calling is not supported at the moment.

–Replaceable Battery- It’s a little expensive at the moment but it’s good to know.

— 5Mp camera with zoom function works fine, not like my Lumix but convenient, I don’t think people really care about these front and back cameras anyhow. I don’t but it’s nice to have them. Phone camera is much better and easier. These videos were recorded full 5MP mode

–Netflix- Most of iPad users use Netflix to stream movies (these are cash-strapped devices and this is the reason why Netflix raised the subscription price without worrying because millions of iPads and android pads are sold and these iPads are less HIP without Netflix streaming). Thrive does that too, BUT even better- A full usb port that connects my little 2.5″ 250Gb and plays all my movies without any problems.

Thrive plays 1280×720 MP4 without sluggishness like other tablets and it’s crystal clear and FROM EXTERNAL USB hard drive.

–We do travel a few times a year and in the hotels these days, they do have LCD tv which support HDMI. Thrive does have a full HDMI port (not a tiny little mini one). We do save money from ordering movies in the hotels (just being frugal, not cheap :lol:).

I only get the 16GB version because for the 32GB would cost me $80 more. I got 16GB SD card class 10 today for $14.00 because it’s NOT MINI-SD. So, after all this time, I got a nice tablet for $349+$14 = $363+ tax (of course in CA, I could buy from Amazon for the same total price but CA does need the tax) and made by a real quality driven company TOSHIBA. What’s the catch? It’s thicker and heavier than iPads, I don’t even compare with other Android tablets- hehehe. So why do people go out and try to get 32GB-64Gb and paid tons of money for these options? Because they have no ideas why they need them, applications takes very little space, they try to put music to fill up these storage space they paid money for? To store movies? Not many because each movie with 1280×720 resolutions encode @ 2500Kbs is already 2GB. So my wife debate that I have to carry the hard drive in the car to watch movies, inconvenient, really, try to load a few of these movies in the iPad and Galaxy Tap 10.1 and see how convenient they are. My 2.5″ portable hard drive can fit in my shorts side pockets. 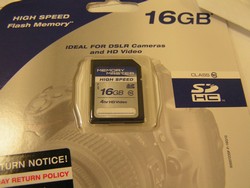 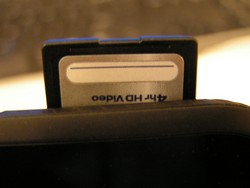 Ok it’s thick and 1.6lbs compares to 13-14 oz tablets, to me I have not seen any iPad or tablets without thick covers on them, so, being thin is overrated. PERIOD. Again.

I got it yesterday at Micro Center- My children love the tablet- The best part of the tablet is that “EVERYTHING I (WE) NEED” works right out of the box – That’s TOSHIBA quality to me. Connect to our router in a flash (WPA2/PSK AES), the internet is fast. I read some people got problems with the GPS, I tested it right away with Google maps and there it was, our house is on the MAP (inside the house). We downloaded the Speedview and GPStest and this morning the speed showed our Audi’s speed on the speedometer is a little higher than the GPS one (and btw we like Audis because Audi never follow – 😆 ).

How long does the battery last? The kids downloaded stuff, play games I tested the tablet with movies-gps, from 7PM-11PM and it was 83% when I turned it off. I’ll show how I use mine and how easy it is to use all the functions associated with Thrive, not like Xoom. I’ve never owned any Android device, this is my first time with Android and Toshiba does make everything easy for me.

Now let’s get familiar with this great “bulky” intuitive iPad likes without the lack of freedom to do stuff. 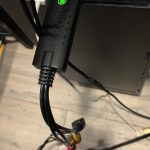 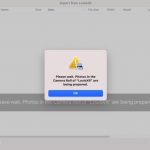 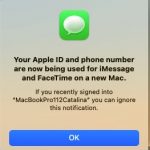 How To Get iMessage and FaceTime Working On Big Sur 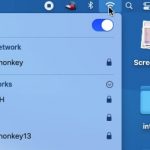 How To Replace WIFI Module On Dell Inspiron 3668