This was the way I did mine, please use the below information as reference only and be safe. The upper Control arms start to loosen when my car hit 120k+, they make clunking noise when you back up while turning, and my car feels loose when you go over bumps. It took me 5 hours because I didn’t know what to do first. In this write up, I recommend some steps that may save time and work.
Tools needed are 16mm, 18mm wrenches and 13mm sockets, pry bar, circlip removal tool. 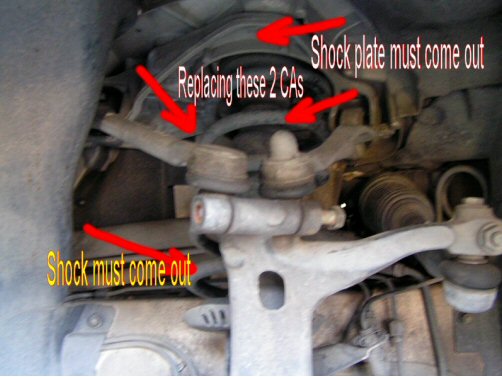 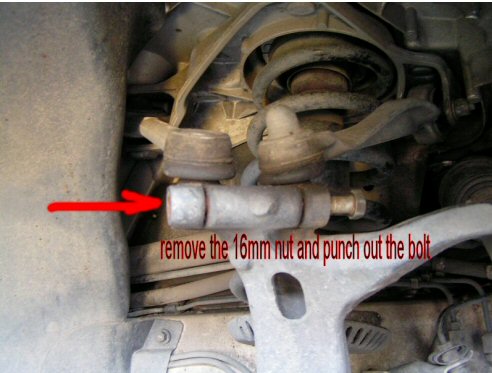 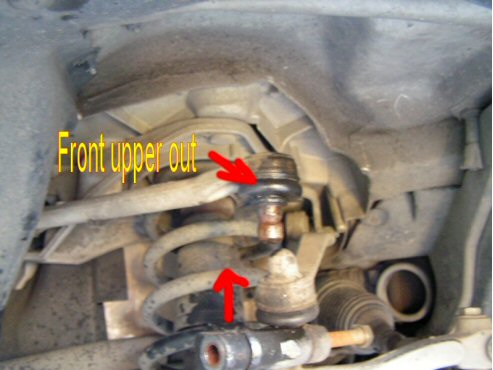 Remove the shock fork bolt and slide it out to the side for assembly removal. Jack the car up on the other side to release the tension on stabilizer, make it easier to move the fork out. 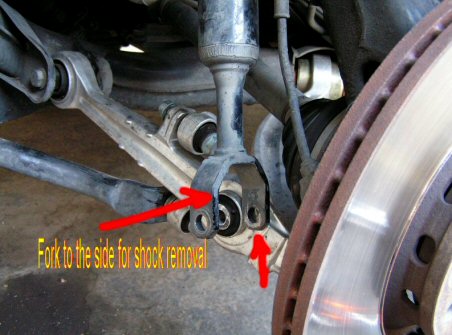 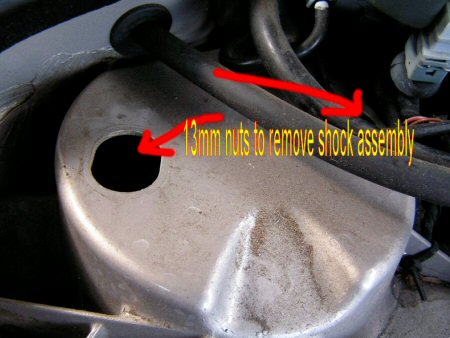 There are 2 13mm nuts holding the shock assembly, make sure use long nose pliers to remove the nuts before the shock housing is removed. You may lose these nuts if you forget 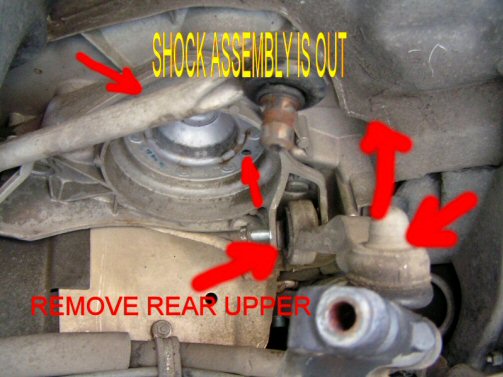 Now remove the rear upper control arm when the shock is out. Next is to remove the shock housing, 4 18mm nuts on the top. 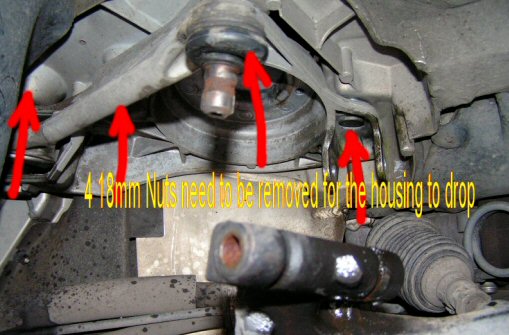 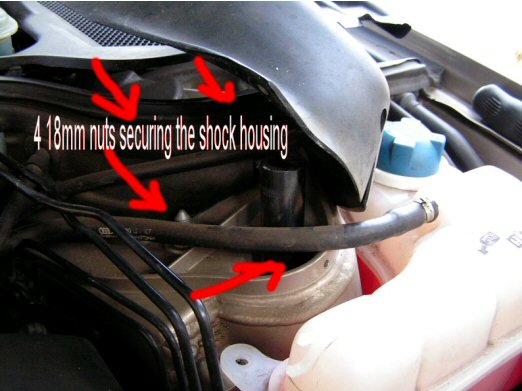 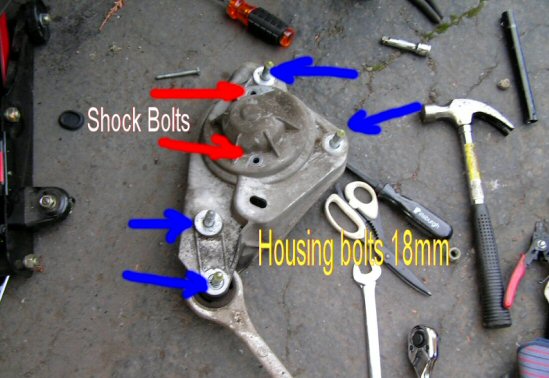 The circlip causes all the shock assembly removal. 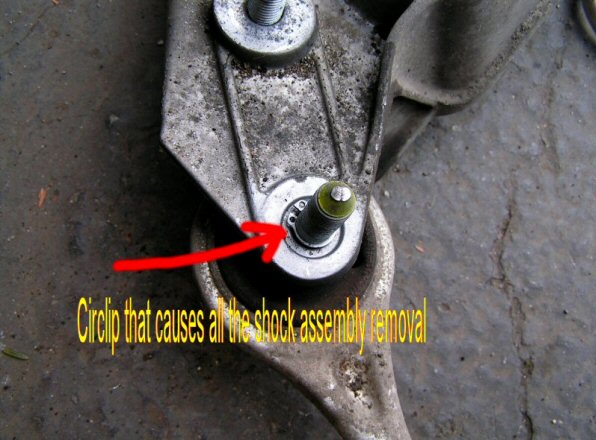 Remove the Circlip and take out the old front upper CA.
Replace with a new one and put the circlip back on.
Put the housing back in its place and install 4 18mm nuts.
Install the rear upper CA, inside bolt first then the splinter side.
Jack the car up at the lower CA to simulate the original position as if the car is on the ground and tighten the inside bolt and nut tightly. 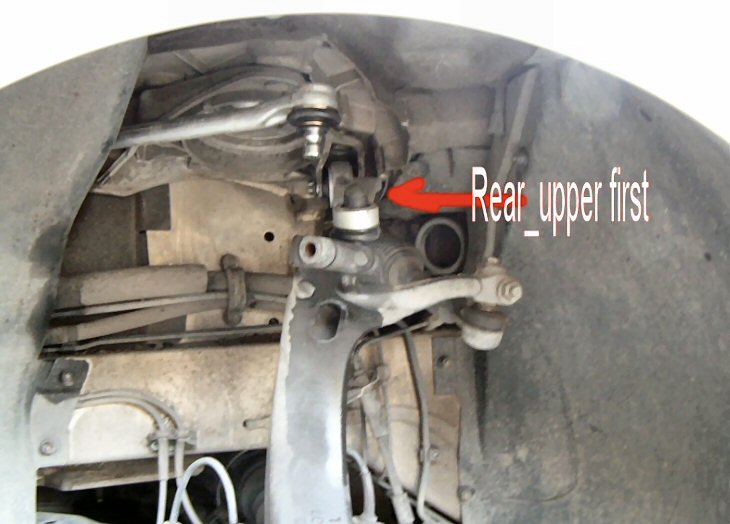 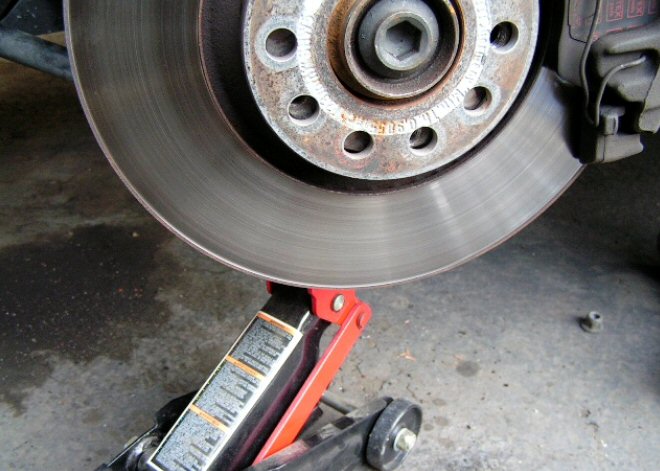 Install the shock assembly, if you’re doing it by yourself, jack the shock up so you can install the tricky 2- 13mm nuts on the top. I tape the nut with electrical tape and push it in the socket tightly so they don’t fall down the holes. 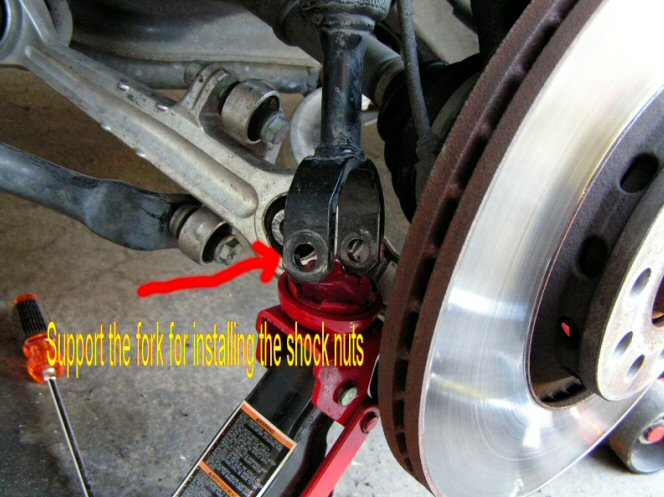 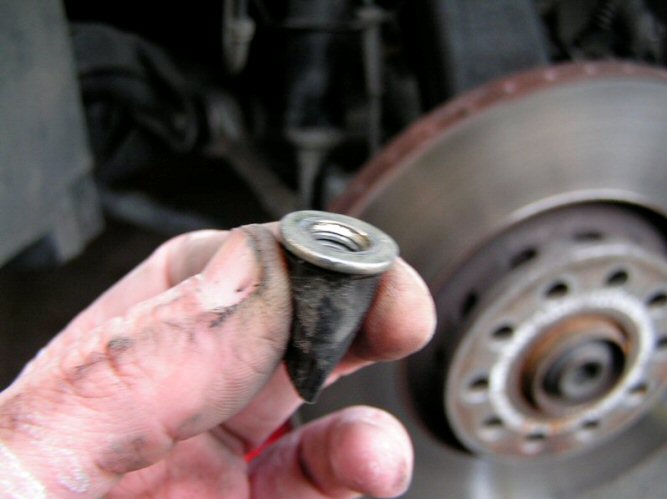 After the shock assembly is secured in place, try to place the fork over the straight control arm before the front upper CA is installed because you have more room to manipulate. 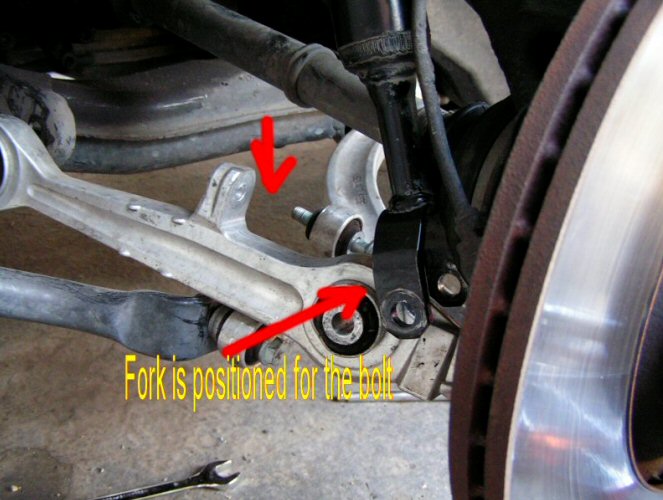 Loosen the inner straight arm bolt if necessary to get the fork in. 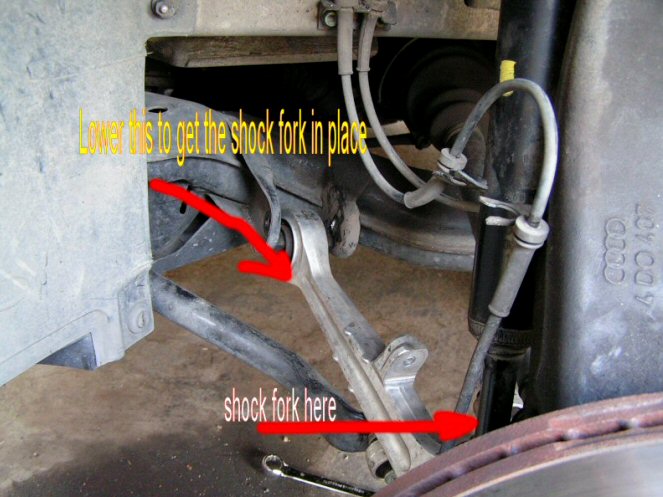 If you installed the front upper CA first, you have to remove the straight arm and the stabilizer’s connector and it is a pain like I did to get the fork back in. 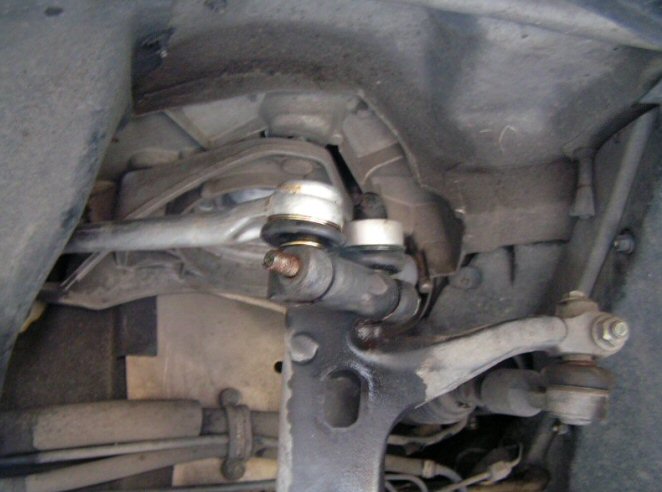 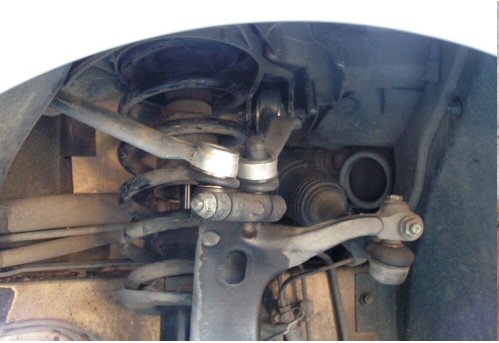 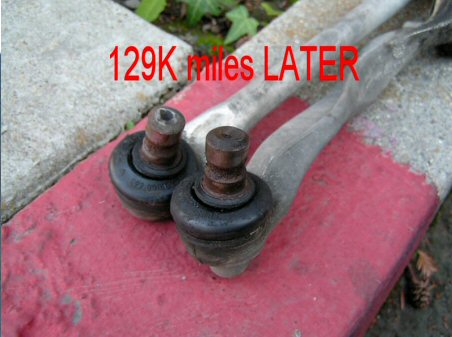 Finally everything is in. You should notice how the shock assembly is installed originally, because it can be installed 180 degree different like mine did. I don’t know if it makes much different, but I don’t feel it while driving. Make sure all bolts & nuts have lock tight. The car is solid and tight after the replacement.