We (my spouse and I) haven’t missed any of the President debates this year so far. One thing we noticed is that all of the debates are like reality shows on TV but nothing seems to be real.

We understand that politics is to look good and be politically correct always, and all the media and people are looking for are how these candidates look and make mistakes.

We believe people are pretty much know who they would vote for and it doesn’t really matter who wins or loses, our lives will change very little as a little unit, but the country will change dramatically. We know who we’re going to vote for also. Now, let’s forget about who looks good and who talks well, let’s look at the facts.

Obama and his cabinet.

1. They haven’t a clue about building a business or understand the difference between creating jobs and buying jobs: Green energy companies that they’re supporting and sank money into to create jobs failed miserably because if they know how to run businesses, they would study the market, especially their competitors (China) and if their prices are too high, they can’t stay in business (Solyndra, First Solar, etc.).

2. Public Universities tuition has risen 15% since 2008 and 40% in California. The people who make more than $75k a year, their kids are not eligible for grants and $75k in CA is just barely making ends meet. These kids are abandoned and forced to take loans because their parents try to survive. My kids are likely to go to Community colleges if the rate keep going up like this.

3. Deficit is higher than 4 years ago, Google and find out or watch the facts on the debates comments.

4. Many people who took advantage of the extended unemployment (2 years) to stay home because the benefits are almost the same as if they go back to work with lower pays. After 2 years, some can’t get into the work force because they’re out too long.

5. Unemployment is now at 7.8% or 23 millions people are out of work and others dropped out of the work force after unemployment benefits ran out.

7. Obama does have a passion for America, but he doesn’t have good people working for him, like Romney said in the first debate, Obama is famous for picking losers.

8. We are really worried about Obama care reform to go into effect when he’s re-elected. Our parents are 80+.

Romney and his ideas.

1. It’s nice to hear from a business man for a change, a successful one at least. Everything he said is so logical and confident, but many people don’t get it, especially unionized people like medical professions, auto industries, etc. No wonder many small and medium businesses may support Romney. Romney and Ryan do look good. We do believe Romney and Ryan know how to create better economy, because good economy resulted from good businesses and they know businesses.

2. Kill the Obama care and create vouchers program for retirees in the future. We like this because we don’t want 15 people tell us what procedure we can have and have not.

3. Reduce tax for small businesses will definitely create more jobs. My spouse is actually working for a small private company.

Every candidate keep talking about helping the middle class- First, they have to define middle class – Obama – below $250k, Romney – below $200k – What’s the real number for middle class in America and specific states.

After we know or agree the magic number for middle class – what kind of jobs and skills people need to achieve this number?

Did anyone look at the classes of the 7.8% of the people out of work? What classes were they in? What skills they have?

If the magic number is low, to be in the middle class, the cost of living must be lower and are you in debt today?

No candidate could give a straight answer about anything because they can’t, we can’t call a person a liar for what he hasn’t done, just look at what’s been done and ask ourselves “can it be worse if we keep the old regime?” or “try a new one and how worse can it be?”. 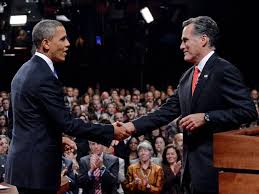 Why You Should Not Buy Cheap BMW i3 Used