2012-12-08 We still have these toilets – over 4 years. Eljer & Perfecta works great, Jacuzzi Era is not good in washing the bowl (not recommended – glad that it’s in the guest bathroom – seldom used…

We bought 3 toilets from Eljer & Jacuzzi

We are in the process of improving our house and our 80’s Water Guzzler TOILETS are “must go” items, especially in CA where water must be conserved. Choosing a great toilet is actually a very confusing and hard job, I had to do some research to get some ideas on which makes and models are good. I used to think Kohler and American Standard are the best since all the toilets in my company have AS logo on them and others have Kohlers. These days, the fashionable ones are Totos and I found a great website that has many consumers feed back on better toilets. Every “fashionable” friend I know would mention TOTO when the word toilet comes up in a conversation. Well, I looked at a few and yes, they look nice and flush great (compared to my 80’s round bowl which takes at least 1 minute from the time you flush to the time it’s ready for another one) but the price tag is also not too little. As a stubborn and unconventional kind of guy I’m, I tried to learn the art of flushing and what’s behind a great flush… Aha, 3″ flush valve, 2-2.5″ (wide “computer designed”) trap way, gravity flush, water surface area and 1.2-1.6 gallons per flush (to conserve water). Many years ago, Japanese cars makers would buy a Mercedes and did the reverse engineering to find out what made Mercedes great and they improved the designs and make “better” and more reliable cars. I think cars are more complex than toilets, I looked at all the toilet, the path of the trap way are almost identical, the bowls are practically the same, so if I want to save water (which all of them now are 1.6gpf), flush all my buffets down the toilet with 1 stroke (hole in one) comfortably (right height 15″-16.5″) and not waking up everyone at night and not having to clean the residue sticking on the surface of the bowl every time, I need large water surface area, Sanagloss, quiet flush, 2x/3x gravity, 3″-4″ flush valves and an old bowl (for larger water surface area). So, why toilets are sold from $100 to $1000? Why can’t a $100 flushes as good as $300 or $1000? The $100 company can’t reverse engineer the $300-1000 models? I think as everything else in the world, you pay extra for the looks and the brand names.
The fashionable TOTOs do leave some residues sticking on the bowls sometimes, my friends who owned them admitted. Consumers on the internet also confirmed it. OK, can’t avoid leaving residue sticking on the bowl because all new toilets have smaller water surface areas compared to older water guzzler ones. Next, powerful flushes, I stumbled to this report which have most of the popular toilets performance tested. So the best TOTO’s Drake toilet scored 900MaP (Drake) and all others are 800MaP or under. Eljer Titan ADA is 900, AS Cadet 3 ($149 whole set) is 1000, Jacuzzi Perfecta ($128/$163 R/E whole set) is 800 and they all look presentable.
Last weekend, Lowes had a fire sale on all Eljer Titan ADA bowls for $34.00 & tank for $22.00, but none of them have tanks, I bought the last bowl at one of the stores, and had to look for the tank which only a few Ace hardware stores carried and they wanted almost the same price for the set except one that sold to me for $105.00. Thanks to the Terrylove’s forum, I used the waxless seal to install the bowl and it came out great.

They’re very nice… for $150.00
Remove the old water guzzler toilet who refused to take all my buffets with 1 flush many times.

Flush the toilet a few times, close the water valve then flush one more time to empty the tank (hold the lever until it’s emptied), remove the left over water in the bowl, unscrew the water line from the tank, put something under to catch water. Remove 2 nuts that bolt the bowl to the floor, move everything out of the way (tools, nuts) and lift the bowl out and move it away and expect all the grotesque buffets starring at you from under the bowl… .
NOT REALLY but still

Remove the old wax & seal using a putty knife to scrape it out. Clean the area and set the new waxless seal just like the instruction.

Place the toilet bowl, align the holes before setting it down, center the bowl and the studs, put back the nuts, hand tightened.
Place the seal outside the flush valve, make sure it covers the whole opening. Place the tank on the bowl, centered, make sure the tank’s seal is in the bowl correctly, install the tank screws, follow the instruction, tighten each side evenly. When finished, center the toilet again and tighten the bowl to the floor slowly and surely until it doesn’t move side/side or front/back.
Hook up the water, turn it on slowly to see if the tank seals are leaking, if not then open it all the way.

I measured the water surface area on this Titan, it’s 9″x11″. It flushes like mad and with an attitude… Everything is fast from flushing to filling and it does make “the sound of power”… I really like it. I have the Youtube video on how it flushes . My wife likes it a lot, she told me to get 2 more and replace all the remaining toilets, but the next morning I went to another Lowes that had 2 the night before, they’re all gone. Darn…. you snooze, you lose I guess. I wasn’t sure about the Titan, that’s why I didn’t get all 3 when I had a chance, but at least I know now, I don’t have to spend $300.00 for a nice high performance toilet.

PROBLEM: after 3 days, the water did seep out of the base onto the floor just like people reported on the internet even with the waxless seal as mentioned. I removed the toilet, looked at the base for cracks and there are none. Logically, the only way that water can seep out of the base is when the water squirts sideways strong enough to escape from the seal and the base.

Since I still have some left over silicon II adhesive, sealed up all the visual joints and holes, I’m going to glue the base to the waxless ring, so next time if I ever have to replace the toilet, the waxless ring will come out with the base also (hopefully many many years from now).

Reset the base and wait for a few hours. Turned the water back on, flushed a few times, the water seems to stop seeping out of the base. Let’s see how long this will last.
Eljer Titans produce great flushes, but they seem to have leaking problems. For non-handy persons DIY, get the Jacuzzi Perfecta (I like best) or ERA. 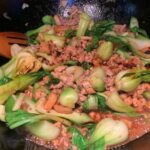 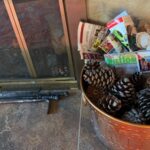