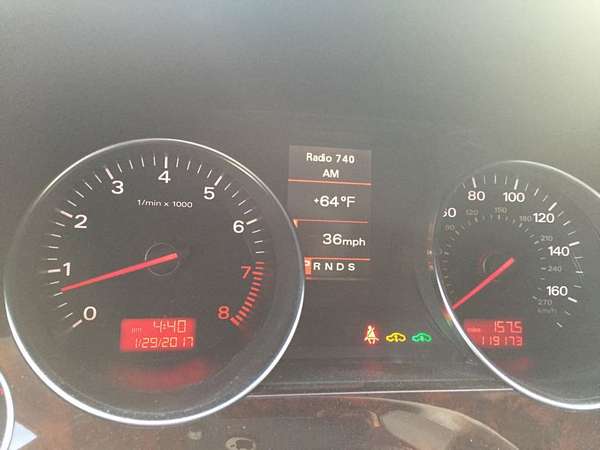 For those who has suspension failures – don’t panic – it’s not hard to identify the real problems and don’t expect the dealers or independent shops to find the problems for you. They will recommend to replace parts until it’s found on your expense. I summarize the trouble spots on low down suspension – Many people would replace the air pump first without thinking… because it doesn’t pump when the ignition is turned on – to be sure is to connect direct 12V to the unit to verify.

Before assuming which part of the system is bad, should do some simple tests first:

What’s made can fail, will fail… My 2006 A8L air suspension failed last weekend @ 119k miles. The front drops down like a low rider or a race car. I could drive 60 miles from the time it failed to home @ 60-75 MPH on California Freeways 101 and 880 without any problem but a little bouncy over uneven surfaces. I’m going to find the problem when I have time, this weekend?

Ordered an and it came in 3 days assembled with dust cover.

Iloveandhateaudis actually had the  and with a few 25 cents O-rings, he fixed the suspension… Amazing.

If the leaks is identified as coming from the bottom of the strut, try to replace the O-ring and put some PCV glue around the bottom, wait for it to dry and test it. You may fix the leaking strut easily. You don’t need to remove the whole strut, just remove the fork out of the control arm, pry up the air spring sleeve to expose the o-ring, replace it, and put the sleeve back down…

Make sure to support the Brake Spindle when the strut is removed or the spindle will fall and break the outer CV boot, more work created…

For the people who don’t want to cut the wire, need to remove the pins out of the connector.

1. There are 2 rubber rings, small and big, these must be lubricated with grease or oil, I used Mobil 1 oil – they must be fitted in the groove prior to strut installation with the air bag.

2. There is a bushing inside the new air bag already, make sure it’s the same height and width like the original, the clunking may cause by this bushing. Do not install the old one on top of the new one, only 1 needed.

3. Push the Piston (long metal case) all the way down to the shock stopper  and make sure the inside are clean, especially where the big O ring is. While doing this, make sure it doesn’t push the O-ring out of place. When it’s done, pull the sleeve over and lock it over the shock.

4. When the suspension is still in lift and jack mode and jacked up, turn on the ignition for the pump to pump air into the air bag to achieve at least 3.5 bar = 50 PSI before putting pressure on the suspension by lowering it down.

5. After finishing the strut installation to the car, do the height adjustment before putting the tire back on to preserve the UPPER CONTROL ARMS from over extended. If you release the air to do this, make sure to turn on the ignition for the pump to pump the air back in again. 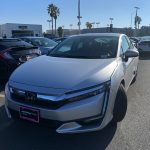 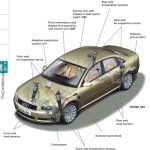