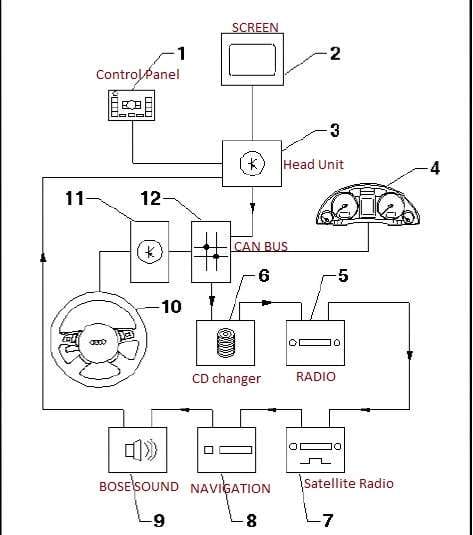 Audi MMI 2G & 3G MOST bus is very simple but yet very hard to diagnose which components connected to the bus is faulty due to the serial optical connections. If the system is not thoroughly tested and diagnosed, many good parts can be replaced in the process. This is a simple test just show that an open circuit caused the system looked bad and VCDS report shows many non related failures.

If the head unit 4E0 035 729 failed, I would check all the Polarized capacitors for short, burnt (bulging top).

I could see drop down voltage regulator (LP3965ES) or Maxim1634EAI that would be a failure if there’s a surge in power.
Since there’s NO video display DS90CR285MTD – LVDS controller must not have power –