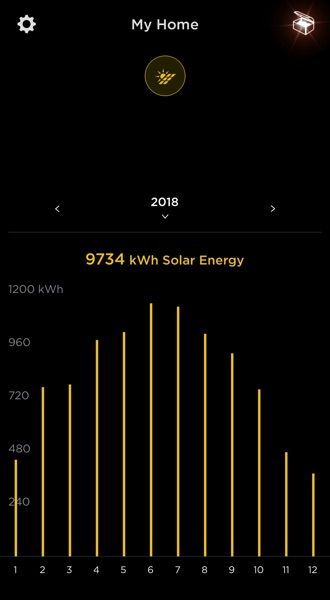 One of the advantages of living in Sunny California is getting paid to be green. Being green and get rewards for it is driving EV and having Solar system installed on your house. There are quite a few solar companies out there, we’re lucky accidentally met Solar City salesperson at Home Depot while shopping and the rest is history.

Rex Di was our Solar City reps, he came to our house, explained everything about the system, the plus and the negative of NOT having solar system installed. We trust Solar City because they’re Tesla company, at least they’re be alive as long as Tesla is still building Tesla EV because the system is guaranteed for 20 years both parts and labors. The problem with any long term warranty is that it would be null and void if the company no longer exist and SOLAR is a very cut throat business, not many may exist during the warranty.  After the explanation between the rising rates of Electricity and the benefit of producing your own electricity, it’s a no-brainer for us to have one installed. I heard many stories about the Solar systems that don’t produce enough electricity to cover the usage yearly and the cost of the installation wasn’t justified.

– The roof where Solar Panels mounted must be facing the South for maximum sun capture.

– Your area must have more sunshine than clouds through out the year to have the best results.

– The yearly average usage must be used to calculate the system output requirement. Our house uses average of 9100 kWh per year, so our solar panels designed to produce 9300 kWh per year. Since our South side roof is smaller than the North side, we couldn’t use many panels, therefore we had to use high density output panels which cost more and made in the US 325W panels. The maximum panels on our roof are 17, so 17x325W = 5525W per hour. The best day so far I’ve seen was 38kWh and the lowest one in December when the sunset early 17.1kWh.

Our Reps Rex Di was very patient and walked us through everything – we’ve almost declined the installation when the answer of Parallel and in Series system because according to our understanding, with parallel set up, one dead panel won’t disrupt the whole system as in Series (imaging the Christmas string lights set up).

If average we used all year is 9100 kWh/365 = 24.93 kWh or  758kWh monthly needed to be produced daily by our Solar System to be even. So, in the summer, there must be consistent 38kWh produced to compensate for the Winter when less day light and cloudy.

We were extremely hesitant to shell out $23600 to buy the system instead of leasing and not knowing how well the system would perform. The Federal 30% rebate wasn’t definite which is ~$7000. Since Chase has 0% interest on a new credit card for 1 year, we used it to pay for the $23600, Solar City has $500 rebate on cash deal instead of 5% financing.

We paid everything in December 2017 so we could claim the rebate when we filed income tax and we did get the $7000 from federal using Turbo Tax. I let Rex Di know since he didn’t know if the Turbo Tax people can get the rebate easily, it’s easy.

Anyhow, it took us a few months to pay, the amazing thing is Solar City and Rex Di did all the paperwork, set up everything so well that it worked right out of the box as they say, when PG&E accept our application and let us to turn on the system.

The mobile software works perfectly with our iPhones and the device provided by Solar City.

The Solar System installer group from Redwood City was very pleasant, efficient and professional, they finished everything in 1 day, everything worked and nothing was broken. The system came with the Smart NEST thermostat, the Solar installer couldn’t get it to work on the same day because he didn’t know that the NEST required a ground wire at the Furnace in the garage. It took a few weeks for the next Solar expert to come and turn it on. We actually like the NEST very much especially integrated with Alexa. My son just love to turn it on and off with Alexa. Now we started to get into IoT (Internet of Things).

We’re extremely happy with Solar City and Rex Di. The Electric bill now is $10 instead of $150. The system is under warranty both parts and labors for 20 years.