Use Clover to patch kernel on the fly without patching the kernel.

2015-02-07 I think the best is to patch kexts yourself but some may have problems getting things working. I attached my working files for this particular Laptop only. The wifi kexts are universal and they’re patched for AR9285 and BCM943225HMB and working. DSDT & SSDT are patched to show battery and backlight slider – sleep/wake with lid closed/opened. No 2 hours wake over night.

My Yosemite kexts-dsdt-ssdt and config

I got a new laptop – HP Envy 15-u011dx x360 with i7-4510u processor and HD4400 Haswell 1920×1080 Graphics Display. After having the problems with the Battery and fixed, I decided to try installing Yosemite 10.10.1 to my external USB hard drive to see how it come out, and it did come out very nicely. I’m going to make this tutorial that works for every PC or Windows Laptop that Yosemite or Mavericks support.

For those who never had OS X installation before, you should try to install Mavericks 10.9.x first before Yosemite, because it’s easier than Yosemite. I couldn’t create the 8GB USB Yosemite flash drive installer with Windows 8.1, I had to use Mac to create one.

The best way to install Mac OS X is to understand what we need to do manually. There are many distros out there for easy installation, but actually they’re not. All laptops or computers are different, but the drivers (kexts) for components are the same. The best is to learn how to install kexts instead of using apps bundle installers. Installing kexts is simple, boot loaders for multi OS are only 2 main ones: Chameleon and Clover.  For UEFI system these days, Clover is the best to use, although I used to like Chameleon, it’s simpler to use.

The way I dual boot is keeping everything original on my laptop, all partitions from manufacturer, no reformat, re-installation of Windows 8.1. But there is a draw back, I can’t install straight to a shrunk partition, the GUID Windows partition structure doesn’t allow Mac OS X to erase the shrunk partition, it will give error “Not Enough Space”. Therefore, an external USB hard drive is needed to install the Yosemite OS X to, then restore to the Shrunk partition, it works for some reason that I don’t understand (restore can erase the partition). Mac OS X is great because anyone can load to an external USB hard drive and boot from it to any laptops or computer, unlike Windows 8.1. So get yourself an external USB hard drive that cost very little and install Mac OS X like Mavericks or Yosemite or both on it and experiment with them before RESTORE to a shrunk partition on the internal hard drive. I love Mac OS X, but I still have Windows for some applications, dual boot Windows 8.1 and Yosemite is the best on any Windows Laptop.

When we buy a Windows laptop these days (2015), we will get Windows 8.1 64 bit and UEFI booting system. Forget the mambo jumbo technical terms, it’s just a different booting system. When we turn on the computer, the computer will boot into Windows 8.1 for us to use. The Windows 8.1 is installed on the internal hard drive or 500GB or 1TB and the format is NTFS. Now, Mac OS X : Yosemite 10.10 or Mavericks 10.9 format is HFS, so they different from each other. Windows can’t see HFS and Mac OS X can’t see Windows unless both have the right software, then they can see each other.

Since the system is UEFI, the bios only boot from an EFI partition on the hard drive (where all the important needed to go to the correct OS). This EFI partition is not shown in any computer (hidden). To boot to Yosemite, we have to be able to install Yosemite onto a hard drive partition (either external or internal) and use a special boot loader like Chameleon or Clover. Chameleon can’t be used with EFI folder, Clover can, so we’re going to use Clover boot loader for our UEFI laptop. The goal is not to modify the original set up from the manufacturer on our laptop. Let’s have a flow chart:

1. Download Mavericks 10.9 – Yosemite 10.10 – Chicken and the egg here – If you don’t have a mac and an Apple ID, you can’t download any of these because it’s only free for Apple hardware. So Google them.

2. Create an installer from these OS X’s to install to Windows: normal 8GB USB flash drive.

4. Create a partition in Windows 8.1 and Restore the External USB to it.

Lazy people will use distros – pre-made installer – Yes it’s seem easy and convenient, but you’ll never learn anything and when something goes wrong, you have no idea how to fix it.

Regardless on what version of OS X, we need to find out if our laptop is compatible with Mac OS X Yosemite.

Back Up Hard Drive Fully

Details On How To Create A USB Flash Drive With Windows 8.1

Restore is in process

Details on how to patch DSDT & SSDT.

For the Battery to work – use the battery patch for HP Pavilion n012tx. Patch DSDT to use Apple USB3.0 and fix all the sleep/wake problem.

Although the system shows HD4400 graphics kext is loaded with full QE/CI and acceleration, but the Preview app is still extremely slow to close and the image is washed out blank. Thanks to Rehabman’s FakePCIID.kext and FakePCIID_HD4600_HD4400.kext, the Preview works perfectly again. It’s amazing. Just put the 2 kexts to the EFI/Clover/kexts/10.10 folder.

Since everything is working well, now, it’s time to replace the Intel Wifi-Bluetooth combo with proven working HP Broadcom BCM943225HMB Wifi – Bluetooth combo. In order for the Yosemite to recognize the Wifi and load Bluetooth reliably, we need to inject device ids 4357 and 217D to IO80211Family.kext and IOBluetoothFamily.kext.

Just follow the HP tutorial on how to replace the hardware, very clear and straight forward. There are many types of BCM94352HMB, but most of them would work if you mask the correct pins on the wifi combo card. 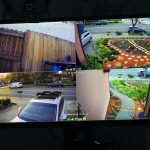 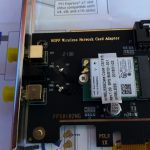 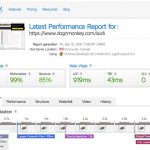 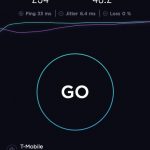